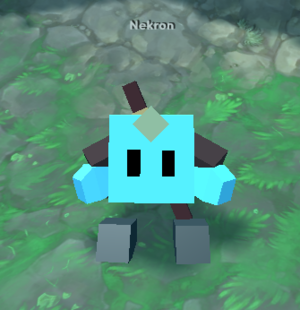 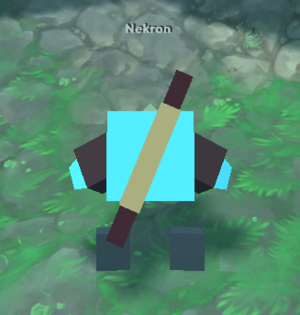 Mage is one of the playable classes in Hordes.io.

Note: These stats are really outdated.

Effect: Fires a missile of frost towards your enemy. Reduces the cooldown of Icicle Orb by 0.5 seconds. Freezes targets for up to 4 stacks, at which they will be stunned and take 50% increased damage

Effect: Emit a chilling shockwave of ice around you, damaging and freezing enemies. Increases the critical hit chance of some of your spells.

Effect: Instantly teleport into the direction you are facing.

Effect: Protects you against the next incoming attacks.

Effect: Summon a large orb, ejecting icicles hitting all enemies in its path.

Effect: You gain Haste and all your damage output is increased. Resets the cooldown of Icicle Orb.

Effect: You and your party members gain additional Crit%.

You can use the homepage link to swtich between levels 1 - 6 https://hordes.io/info/skills

Mages are an important part to teams as they can easily slow and damage enemies for Warriors and Archers to get in and deal a load of damage, while also attacking multiple enemies.

They can use their Chilling Radiance to freeze the enemy and then use their Icicle Orb to deal tons of damage. They can also combine other spells to be more effective!

Mages are one of the three classes (besides Warrior and Archer) to utilize splash damage, or damage that can hit multiple foes at once.

This article is a stub. You can help Hordes.io Wiki by expanding it.