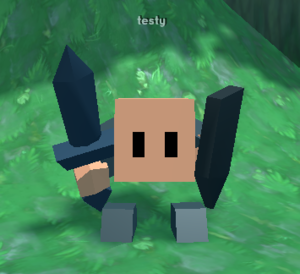 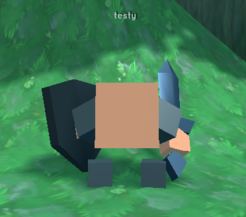 Warrior is one of the four playable classes in Hordes.io.

Warriors are built to tank more monsters than any other class by having high defense through equipment (Shields) and strong defensive buffs.

Note: These stats could be outdated since open-beta.

Effect: Slash your enemy, striking with extra force. Heals you for 10% of the damage done.

Effect: Swiftly swing your sword around you, damaging enemies within a radius

Effect: Increase your block chance, while raising your damage for each successful block.

Effect: Taunt surrounding enemies, forcing them to target and move towards you for a brief moment. Interrupts spell casts and resets aggro for all monsters. Buff on cast

Effect: Your Crescent Swipe lacerates enemies, causing them to bleed for additional Damage.

Effect: Charge towards your target while also stunning it. Stun duration increases with charge distance.

Effect: You and your party members gain additional Defense.

Effect: You and your party members deal additional Damage.

Effect: While active you are healed each time you block an attack.

You can use the homepage link to swtich between levels 1 - 6 https://hordes.io/info/skills